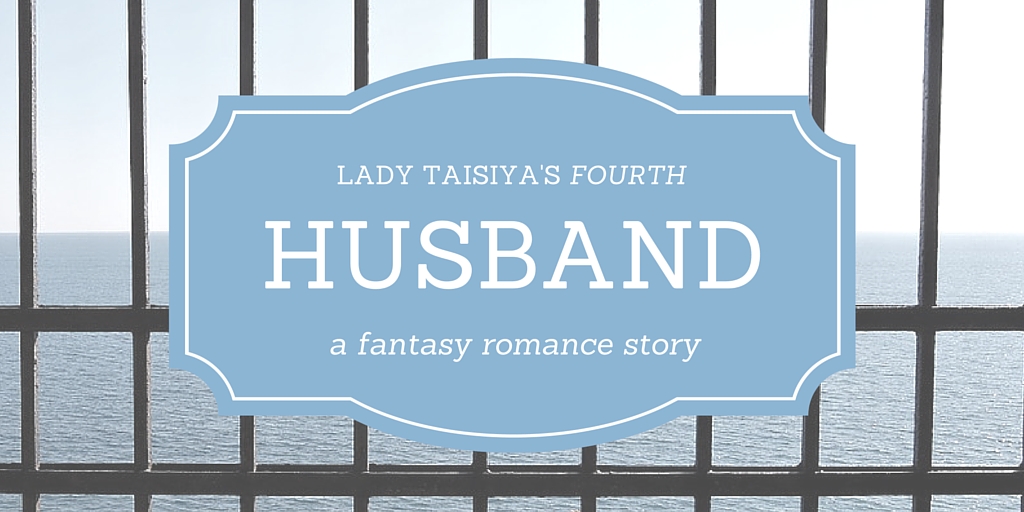 Chapter 3 in my answer to the “guy has umpteen wives” trope
Find Chapter 1 here
Chapter 2 is here.

Onter led him down a low ramp into a part of the house that seemed to be cut into the bedrock. It was cooler down here, and the floors were softly carpeted. “You practice?” he asked, not unkindly.

“Kiddo, down here is husbands’ territory. I’m Onter and you’re Feltian… Fell, probably. It’ll give you time to get used to the new name.”

“Yes, Onter.” That’s how his mother’s husbands had been, but Sefton hadn’t known… well, now he knew.

“So. You practice the all-fours?”

“Oh.” He ducked his head and shrugged, strange as that felt in this position. “Yeah. Didn’t want to look like an idiot.”

“You don’t have to put on a show for us. Still, smart. You didn’t balk, you didn’t freeze up and you didn’t trip.”

Sefton risked peeking up at Onter. “Did you…?”

“I froze up. I knew what was coming, and I still froze up.” He gestured behind him.

“I tripped.” The feet Sefton knew belonged to Second-Husband came into view. “I’m Calum. Don’t ask me how I tripped on all fours, but I managed it. I thought she was going to send me back.”

“Nah, she likes your pretty face too much,” Onter teased. “Almost there, Fell, few more feet.”

Sefton moved forward a few more feet. He wanted to ask, but he couldn’t seem to bring himself to.

“Onter’s too polite to say it.” The voice was lower than the others; he remembered the way he’d sounded like he was smirking when he talked about obedience. “I’m Jaco. ‘Balked’ is putting it mildly.”

“Stand up, kiddo,” Onter added. “Here.” A strong hand caught Sefton’s bicep and helped him upwards. “You’re in husbands’ territory,” he repeated. “If our Lady comes down here, then you kneel. But this is where we can relax a bit.”

Sefton found his feet but kept looking at the floor. Onter was being friendly now, but Sefton had been respectful, well within the rules. He wasn’t ready to find out quite yet what happened when he wasn’t.

Jaco laughed. “This one’s not going to fight the chains. He’s scared of you, Onter.”

“Might do you some good to be scared,” Onter answered mildly.

“Ha. Not me, no.” He punched Sefton lightly in the arm, his chains jingling. His hands were shackled, too, Sefton noticed, although with a decent length between them and his chain belt — enough to punch with, at least. “Don’t worry about me, kiddo, I’m a cautionary tale, not a prophecy for you. Like I said. I don’t want to be here.” He made his chains jingle. “And I don’t give in easy.”

Sefton looked at him. He was handsome, sharply so, with a body that looked carved out of stone, wearing nothing but a pair of wrap pants and his chains. “I don’t think any of us were volunteers,” he offered cautiously.

Jaco snorted. “No. Of course we weren’t. Who ever heard of a husband volunteering?”

“Well… love matches?” He offered it cautiously. Jaco might be… interesting, but he still outranked Sefton.

“Hrphf. All right, so, yeah. Sometimes first husbands, second husbands, maybe. But us? Nah. None of us picked to be here.”

“Exactly.” Calum set a hand on Sefton’s shoulder. “Don’t listen to Jaco too much; he’ll get you all mixed up. Come on, kiddo, we’re almost done with all the ceremony, and then you’ll have a little time to get settled in.”

Sefton’s eyes went to the chains on Jaco. Ceremony. He nodded, his mouth dry again.

“Good. This way.” Calum and Onter steered Sefton, one on either side of him, into a small room. The light was bright in here, the view a nice one over the ocean, but it was clearly a room with very few purposes.

Sefton didn’t have to be told what to do. There was a low stool; he knelt on it. His family’s house had a room like this, too. His fathers had called it The Obedience Room; among themselves, the boys of the family had joked it was more like the Disobedience Room..

He hadn’t seen Jaco come in, but Jaco set a hand on his shoulder to steady him anyway. “If you’re not an idiot like me,” he murmured, quietly enough that the others could pretend not to hear, “the chains won’t last long. So don’t be an idiot, okay?”

Sefton couldn’t quite talk around the lump in his throat, but he nodded, barely a twitch of his head, but he thought it would be enough.

This part they did without words. First, Onter shaped light metal cuffs to Sefton’s wrists and ankles. Those would remain as long as as he was married to Lady Taisiya, longer than that, if her will dictated so and he outlived her. Then there was a chain belt around his waist — Jaco and Callum still wore one of those, but Onter did not. None of Sefton’s mother’s husbands had, but he could see from looking at Jaco what it was for.

He eyed Jaco, curious and hoping for distraction, while Calum and Onter attached the chain to one wrist shackle, ran it through the loop on his new belt, and attached it to the other shackle. “Why?” he asked, almost a whisper. “I mean…”

“I don’t want her thinking that I like it,” Jaco answered softly. “I mean, don’t get to thinking you should emulate me or anything — you’ll be a lot happier if you can be a good husband and do what you’re told. But I can’t. I didn’t want the deal that brought me here; I think it was a lousy idea for my family and a worse idea for me.”

Sefton’s eyes widened. You weren’t supposed to say that, my family. Your family was your wife’s household, not the people who raised you.

Jaco patted his shoulder again. “Yeah,” he answered quietly, although Sefton hadn’t said anything. “Like I said, I’m the big story of what not to do.” He jerked his shoulders. “She’s not a bad wife, as far as things go. Onter and Callum will tell you that they’re happy with her, and who am I to say if they’re telling the truth or lying to themselves? You’re gonna be fine, kid. Keep your head down and don’t swear at the lady, and you’ll be fine.”

Sefton swallowed and ducked his head. The chains were all attached now, and they jingled quietly when he twitched. “Sure…”

Onter chuckled. “You know, Feltian, Jaco’s right. He’s a really good example of what not to do, and as long as you stick with that, you’ll be fine. Tay — Lady Taisiya — she’s pretty easy to get along with.” He gave the chain between Sefton’s wrists a little tug. “Come on. I’ll show you your bunk, and then you can see the nursery.”

This entry was originally posted at http://aldersprig.dreamwidth.org/1151869.html. You can comment here or there.