The snow had finally melted.  It had been a long winter – slow-starting but then dumping buckets of snow on us all of February and March and most of April.

It was May 5th, and I could finally see all of the grass, or at least the parts that had survived.  I could see, too, my poor bushes, which had not done well but which were, now, trying to put out the buds they normally would have put out in early March.  END_OF_DOCUMENT_TOKEN_TO_BE_REPLACED

It was January Third.

I remember because nobody was hungover but work wasn’t really getting back to normal yet – not the second but not the fifth, that sort of thing? END_OF_DOCUMENT_TOKEN_TO_BE_REPLACED

She had learned tricks in her time, and one of them was the fuel that kept her going.

She wasn’t supposed to keep going, that was part of the problem.  She was a construct, and she had been built for one particularly strange revenge that had been intended to last a couple weeks, maybe a couple months. She had been designed to build this one person up and then watch them crumble down, and she had done very well at her job.  END_OF_DOCUMENT_TOKEN_TO_BE_REPLACED

Hello to all and a Merry/Happy Christmas!

Today I’m spending the day at home – except possibly sushi in the evening – and I’m writing!

I will write a short Christmas vignette in any setting of mine you’d like to see (or appropriate winter holiday) or to a (winter-holiday-themed) prompt of your choosing.

(If this floods me, I may end up writing these over the next week~ )

(Including during the Wednesday Write-a-thon)

I’m having a bit of burnout.

What would you like to see 111-333 words of? Anything goes, but I’d seriously prefer not direct continuations in this case.

This entry was originally posted at http://aldersprig.dreamwidth.org/1321102.html. You can comment here or there.

thebonesofferalletters, and, as per the apparent trend, altered slightly:

I’m asking for one word prompts1,2. I’ll write whatever first comes to mind with those words. It might be a story, ramblings about a character, a conlang or worldbuilding musing, or something from my life.

2. Bonus: You can post as many words in your prompt as you want as long as they all start with the same letter/same first few letters.

3. Additional prompts to any given day may be used to pick-and-choose, or they may be posted to Patreon or as an Edally or Adddergoole post. That means even when the dates are all filed, you can still leave more prompts!

* prompts were not date-specific.

This entry was originally posted at http://aldersprig.dreamwidth.org/1216331.html. You can comment here or there. 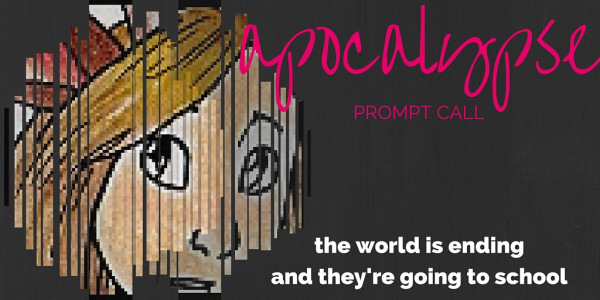 This entry was originally posted at http://aldersprig.dreamwidth.org/1065195.html. You can comment there.

I have this prompt call open:

It’s a pretty specific prompt-request, but have at it: Prompts regarding Addergoole students just after the apocalypse.

If you want, look at the tag for this and see if there’s some interaction you want to see. They should all be tagged by the year in which they occur.

This entry was originally posted at http://aldersprig.dreamwidth.org/1052659.html. You can comment here or there.

My December Prompt Call (Theme: some for you, more for me) is still open! We are $5 in tips from everyone getting more words on their prompts!

This entry was originally posted at http://aldersprig.dreamwidth.org/1040737.html. You can comment there.

to an anonymous prompt. It kept going, so I guess I was having fun with it 😉

The wind had been blowing hard all day, and the snow had not so much been coming down as coming sideways, stacking up against the house and making stripes of drifts along the yard.

It wasn’t a day to be outside, but Anya finished the last of her chores anyway. The ducks had to be fed, the firewood needed to be split, and the mailman got cranky if she didn’t check the mail at least once a week.

It was on the trudge back up the driveway that she noticed the strange way the snow was drifting near her front porch. It shouldn’t be lumping like that; the bushes she’d tried there hadn’t lasted through the last cold winter and there was nothing in that garden but ferns and moss now. And yet… there it was, a drift clearly pushing the snow up against something a couple feet away from her porch.

“Shit.” Anya didn’t so much live in a neighborhood as five miles outside the closest thing that could be in any way called a neighborhood, the sort of place where even the local radio DJs sometimes joked about dumping bodies. Nobody had actually done it, at least not in living memory, but there were always the stories.

First things first, check the crime scene. She’d watched enough procedurals to know that much. There was one set of footsteps, quickly being filled in. She snapped a picture with her phone, and another of the body.

The body moved. It wasn’t much, mostly a shudder. Anya jumped, yelping. The body twitched and moaned.

A head lifted out of the snow. Blue lips croaked out the beginning of a word, lost in racking coughs.

“Right. If I don’t want you to become a body right here on my yard, I’m going to have to warm you up.” She knelt down beside him. “I’m going to pick you up. Don’t fight it, okay?”

She was answered by another hacking cough.

He was heavy, but he wasn’t much heavier than a dead deer. She got him up – she was going with him, although she hadn’t gotten enough snow off of him to be sure yet – in an awkward carry, inside in a series of stumbling heaves, and dropped him as gently as she could on her love seat.

“Hypothermia, hypothermia.” She thumbed through her phone until she found what she needed. “Right. Off with your – snow, I guess. Are you wearing clothes?”
He shook his head.

“Right. Goddess, when I said I wanted a man, this is not what I meant. Towels, towels.”

The towels were easy; drying off a naked man who could barely cooperate was harder. She read over her phone again and stuck some water in the microwave to warm, talking all the while. “You’re supposed to shiver, if you can. Here, have a blanket, and here’s another.”

He was skinny, when she got the snow off of him, tattooed all over in patterns like a drunk man’s paisley, and his hair had gone shaggy. Wrapped in a plaid blanket and sipping on mint tea, he looked a bit like a hipster. “If you say you were freezing before it was cool,” she muttered, “I might just throw you out in the snow again.”

He held up his hands in surrender, and she got a glimpse of what his smile looked like. “Good, good.” The house was warm, but she put another log on the fire just in case. “Get settled in.” She talked to the ducks, she talked to the snow and the cats. Talking to another human being that didn’t seem to talk back wasn’t even close to strange. “Get yourself all warm and cozy. Once you’re up to temperature, we can worry about things like clothes… and how you ended up in my front yard.”

There were scars hidden in the tattoos, and a long mark she thought was probably a brand. She had a feeling it was going to be a long story. Anya glanced out the window; the snow had covered over the last of his tracks and the road was a foot deep in white. “We’ve got time,” she assured him (and herself). “Nobody’ll be bothering us for quite a while.”

This entry was originally posted at http://aldersprig.dreamwidth.org/1038035.html. You can comment here or there.