From this theme, I will run the Patreon $5+ Patrons Prompt Call.

From that call, I will write at least two short stories (one free for everyone) and one story.

Anyone can vote in this poll; if you don’t have a DW account, just vote in the comments.

Want to see what’s come out of the polls in the past? Check out my Patreon; you can see the free stories without pledging, or pledge $1/month to read all the stories!

I will close this poll on Wednesday, September 2, around 7 p.m. Eastern Time.

This entry was originally posted at http://aldersprig.dreamwidth.org/977840.html. You can comment here or there.

I got caught up!

First line of Wednesday:
Enrie looked at her notes. She’d written it down…

Last line of today:
“I like the world you live in. Can I join you there sometime?”

This entry was originally posted at http://aldersprig.dreamwidth.org/977564.html. You can comment here or there.

I’ve been re-reading The Thief of Time, by Terry Pratchett, in part because I just found it in a used book store when cluudle visited Ithaca.

And in this re-read, I discovered that Pratchett had very cleverly explained all of the storyline divergences in Discworld in one tidy plot device.

There are many chronological inconsistencies on the Disc. Creatures and contraptions from a hundred different time periods exist side by side. This is how it’s always been… or is it?… -the Discworld Compendium

This is brilliant. The Discworld books were written over such a large span of time, inconsistencies (or things that the writer just didn’t like anymore) were bound to sneak in. In one fell swoop, Pratchett wrote a wonderful, readable book, and made any and all consistency errors canon.

This entry was originally posted at http://aldersprig.dreamwidth.org/977096.html. You can comment here or there. 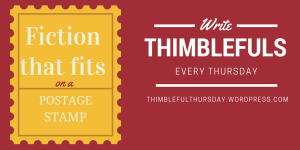 Check it out for small prompts for tiny fiction!

(you can read my stories to past prompts here)

This entry was originally posted at http://aldersprig.dreamwidth.org/976779.html. You can comment here or there.

The Missing Treaty will have informational interludes every 6 chapters, much as The Angry Aetherist did: http://www.edallyacademy.com/category/story/interludes/informational/

I asked earlier if anyone had anything they wanted to know about Edally; I’ll expand the question here:

Is there anything you’d like to know about Edally or about Reiassan, the greater world Edally is set in?

This entry was originally posted at http://aldersprig.dreamwidth.org/976258.html. You can comment here or there.

inventrix‘s DW here (and the comments)

Cya left Leo’s house slowly. She walked out of the yard as if she was still, somehow, thinking he’d say “no, wait, come back.” She walked down the road, ignoring people, ignoring animals, ignoring the little voice in the back of her head that was always suggesting improvements to the city.

If his insanity was changing, evolving, would there still be room for the Protagonist’s Friends?

She walked to the wall around her city and climbed the ladder. It was her city; nobody was going to tell her not to be there.

“You built a real city,” he’d said. She chewed it over. Yes, yes she had. It wasn’t New York City or even Chicago or Milwaukee, but it was a city. She’d set out to make one, and she had.

“We aren’t teenagers anymore.” It was hard to argue with that, either. After all, they had grand-children who were past the teenaged years.

She stared out at the mountains beyond her city, and the road snaking its way past Cloverleaf. She looked inwards, at the growing city she’d wrought. It would hold, she thought, even if she didn’t. It could grow now, with or without her.

Leo… Leo wasn’t exactly predictable, but he, Howard, Zita, even Gaheris, Mags, they’d always had a set of behaviours they could be trusted to act within. Cya too, of course; Cya was The Calm One.

Which explained entirely why she was crying. She bit her lip and raised her chin. Nobody would ask why the mayor of the city was sobbing on the walls, but it wasn’t particularly great for morale, either. The Mayor made things go, just like Cya always had. She didn’t bawl her eyes out.

She certainly didn’t bawl her eyes out over her friend the insane samurai. And absolutely not because he might not be insane anymore.

The drop from the walls was a long one, too long to make safely, but making the earth soft and bouncy was an old trick by now. Cya slid down to the ground and let the soft space between inner and outer walls cradle her. Nobody would see her breaking script here. Nobody would be worried by her crying.

“It’s nice.” And she’d done what she always did and given him what he might possibly at some point need. She’d built him a house with her own hands and Workings. She’d stocked it with food in case he visited. She’d done a bigger version of packing him a go-bag. And, sane, or becoming sane, or differently insane, whatever was going on with him — whatever she’d triggered in him — Leo had cared about as much as her angrier Kept had cared about their go-bags.

She stared blankly at the walls of her city. What in hell was she supposed to do next?

This entry was originally posted at http://aldersprig.dreamwidth.org/975867.html. You can comment here or there.

Posted on Patreon for Patrons-only, a story of the Faerie Apocalypse:

“The Invader threat meter said it was all clear.” Mr. Hopkins leaned his head back on the broken concrete. “They said it was safe. I’m so sorry. I’m so—”

His head lolled to one side…

Want to read this and many other stories? A Patronage of just $1/month will give you access to everything posted on Patreon. That’s just $1 for $36 worth of fiction!

Want input into the story prompts? A Patronage of $5/month lets you prompt in the monthly prompt calls. For $15/month you get your own personal story!

This entry was originally posted at http://aldersprig.dreamwidth.org/975449.html. You can comment here or there.

I’m not caught up but this week I got the right number of chaptersections written!

Last line of today:
The line on the Coffee Treaty was gone.

This entry was originally posted at http://aldersprig.dreamwidth.org/974890.html. You can comment here or there.

This comes after Fox Hunt(Saturday) and The Hunt Continues (Wednesday), Chase the Fox Part I (Wednesday – the following Saturday), and Part II (The next Wednesday and Thursday).

It was still such a bad idea, such a dumb idea, but George took the offered night in the hotel — the nicest the area had to offer, he was fairly certain. He cleaned himself up, shopped at the overpriced gift shop, slept solidly, and left the next day looking like a travelling businessman rather than a backpacking kid.

The look on the woman’s face haunted him. She’d nearly been licking her lips. George had been on the end of hungry women before — but never one who acted quite so much like he was the perfect prey.

Well, he was done running for her. He hopped a train to the nearest border crossing, paying with cash, and spent some quality time in the train bathroom forging papers. END_OF_DOCUMENT_TOKEN_TO_BE_REPLACED